Introducing Refill with shaded relief! We have added two terrain styles for Refill: terrain shading and terrain pattern. The default terrain styles work well for general usage with a “blush” shading treatment and we also offer high-contrast (-dark) options that increases the relief shading, useful when your overlay data is related to elevation. See below:

Combined with the other Refill API options for theme colors, levels of detail, label steps, no-texture, and booleans for coastline, bathymetry, transit, and 3d buildings there are now more than 250,000 combinations available to remix! Support for multiple languages adds even more map variations, and fully realizes the power of vector tiles and client-side rendering. Preview all Refill combos »

To see the terrain shape underwater in the oceans and select inland water bodies, turn on the new SDK bathymetry option. Bathymetry comes in two contrast variants as well, customized for each terrain theme.

Terrain is available with all color themes. See the variety of combinations for terrain on two of the light-colored themes below, Refill black and Refill blue. 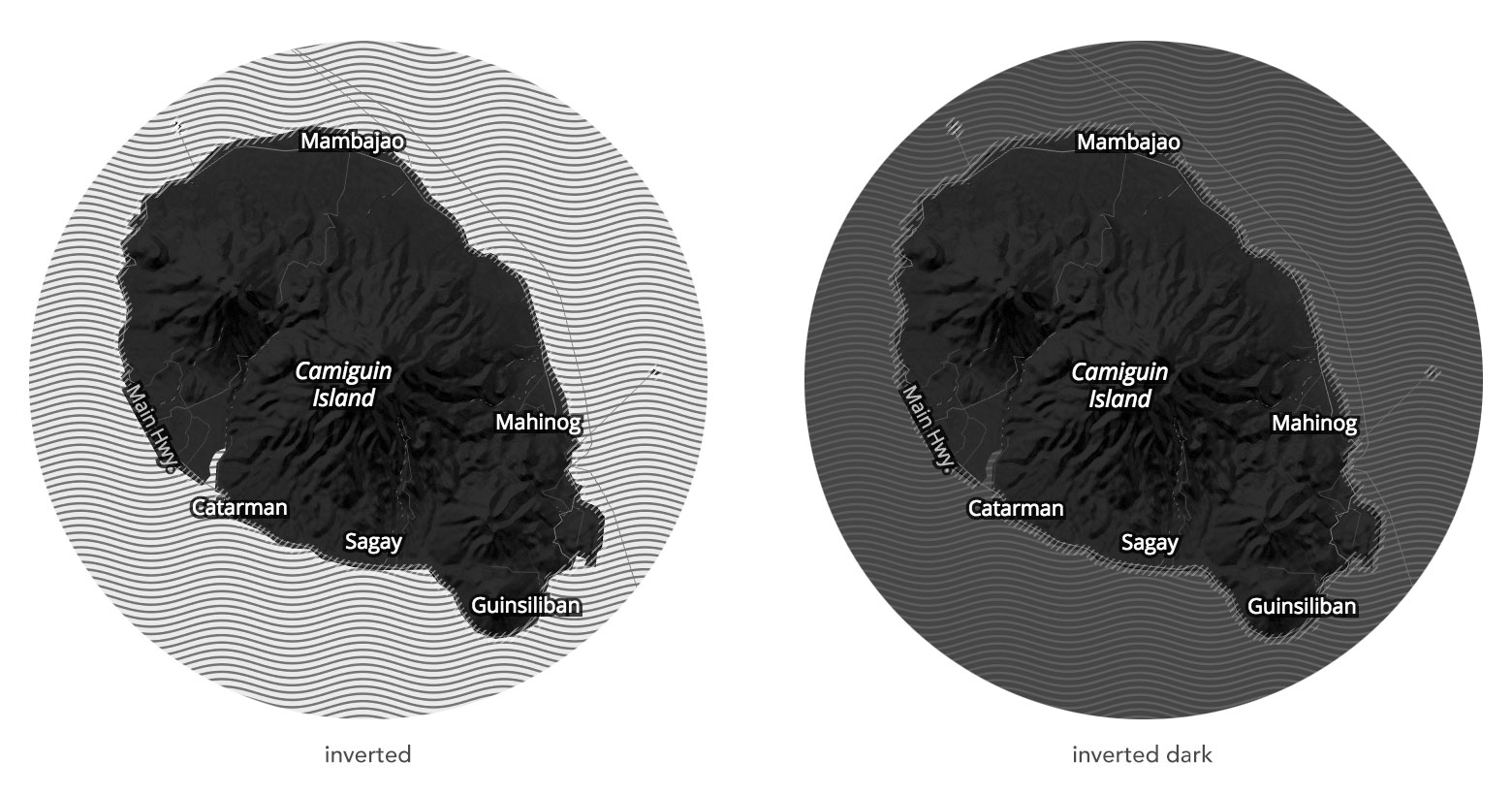 Here are the terrain combinations on the new inverted dark color theme.

No Texture and Coastline Options

Several improvements have been made to improve the legibility of labels for all the variations of terrain and color themes. Labels have been adjusted to have a 75% halo opacity. See San Francisco in gray-gold below.

The example below imports Refill, adds Blue as a color theme, shows more labels, and adds terrain shading. Bathymetry is also enabled via a global.

Order matters: import the terrain themes after all other themes.