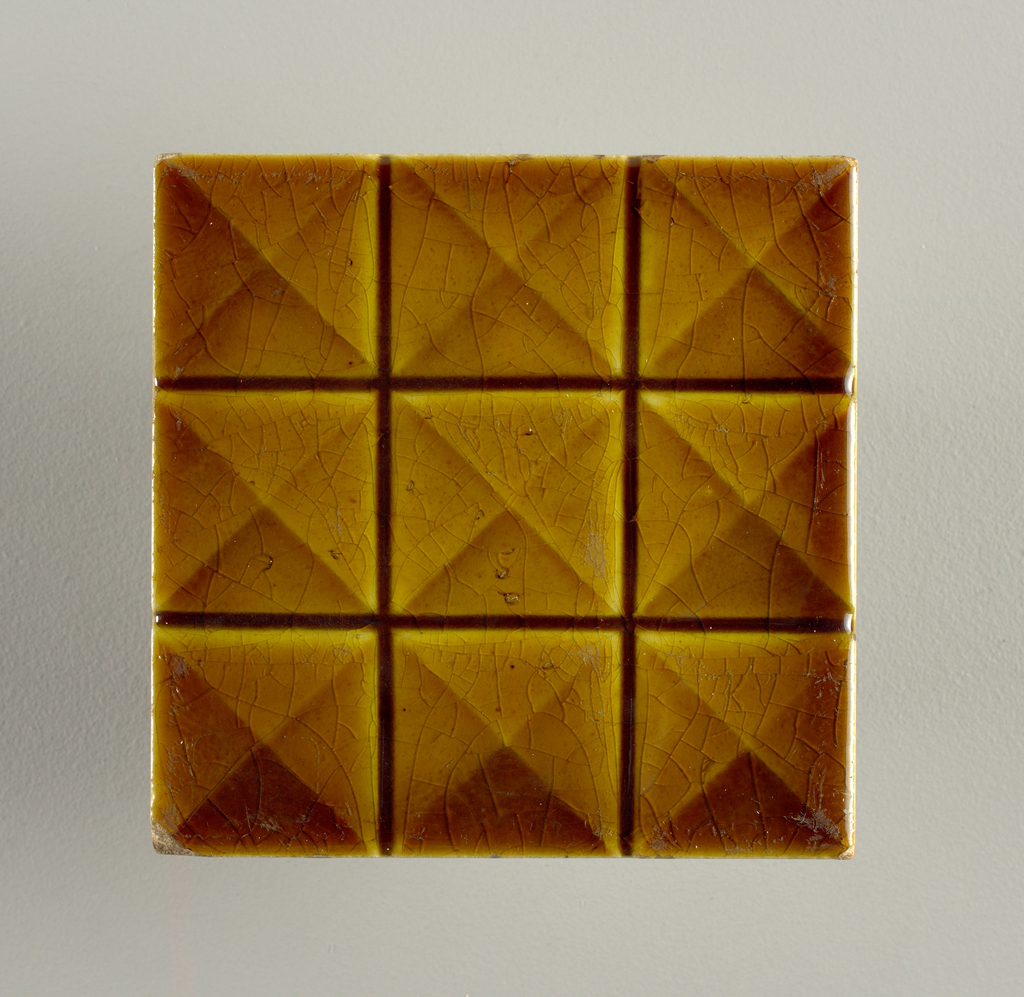 When we launched vector tiles back in May 2015 it was essentially a TV pilot episode. The plot, characters and direction were compelling enough to get signed for a full season and we took it to production. Today we’re proud to show you v1.0 of Mapzen’s Vector Tile service!

After 20 months in active development, v1.0 vector tiles is an important milestone and introduces stability to the service API and the underlying Tilezen data model. To get there we had to break a few things. The full story is in the v1.0.0 changelog, summarized below.

What’s evolved since the pilot? Our cast of characters is now at 400 major roles and over 200 minor roles (up from just 200 major roles in v0.1). Tolstoy would be proud! And yes, we have names in Russian, Kannada, and all languages.

Data is organized into 9 layers:

Like chapters in a book, we reveal data through 18 different map zooms. Zoom 0 fits the world onto your smartphone screen while panning into zoom 18 reveals neighbourhood streets, buildings, and businesses. We’ve spent an insane amount of time orchestrating when each of those 600+ features come in and out of view, how prominent each is, and we’ve sourced quality data for each role.

The focus of v1.0 vector tiles has been four fold:

Mapzen now offers several different types of tiles in vector and raster formats and we combine data from multiple sources. The API endpoints have been updated to reflect this, and emphasize versions and account names.

Your existing maps should continue to work, but we recommend upgrading sooner than later. The old production URLs will remain available for the next year but will no longer show the most up-to-date OpenStreetMap data, render new coverage areas on the fly, or return custom layers (only all and buildings layers are archived). Upgrading your maps to v1.0 is straightforward though: here’s the cheatsheet we used internally – let us know if you have any questions!

By removing unnecessary features from low-zooms and merging landuse and buildings at mid- and high-zooms we’ve reduced average tile size by 30% and in some cases by 90%. As can be seen in the graph below, our median tile sizes are now under 40kB across all zooms. 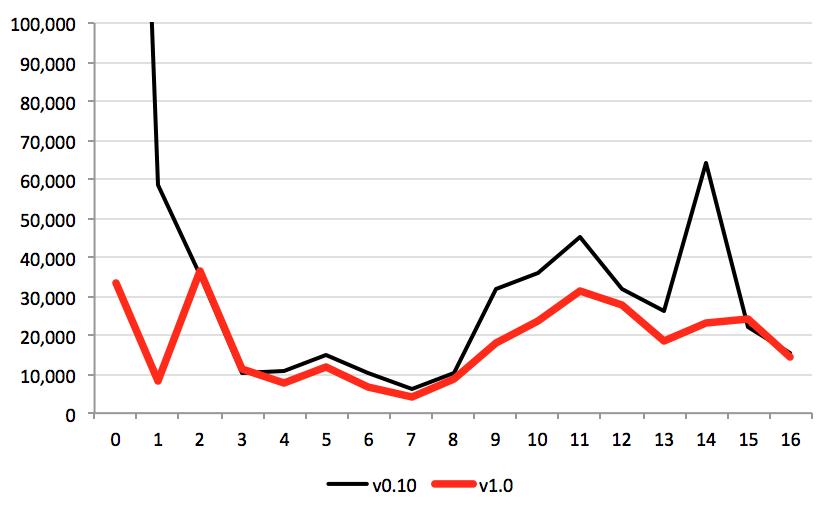 When measuring the 99th% worst case, we see even better improvements to file size. Most large tiles are now more than 50% smaller than version v0.10 tiles.

Variability in tile size by zoom – red line shows median, box out to the 1st and 3rd quartiles, and whiskers out to the 1% and 99% percentiles, in kilobytes (256px tiles)

Version v1.0 has focused on seamlessly blending data (essentially the kind values) across the different sources per zoom, ensuring a consistent data model regardless of data source. We also introduce a new kind_detail property that aggregates across multiple OpenStreetMap source tags for layers like roads.

Mapzen vector tiles mash together several major open data sources and we owe a tremendous debt of gratitude to the individuals and communities which produced them. Specifically Natural Earth at low-zooms, OpenStreetMap at mid- and high-zooms, and Who’s On First at high-zooms.

Each data source has its own data model, and earlier versions of the vector tile service took a hands off approach, passing through raw or lightly transformed values from each. With version v1.0 of the Mapzen vector tile service we now normalize all kind values into a standard Tilezen data model based primarily on OpenStreetMap convention.

Attribution is required for many of our data sources. See the Attribution documentation for more information.

While the Tilezen data model used in Mapzen vector tiles is optimized for display, we have taken a generic interoperability approach to support many different map styles and map renderers besides our own Tangram. Please copy our data model!

The Tilezen semantic versioning documentation details the existing data properties, values, and our promises around them and is excerpted below.

Get an API key

To use the Mapzen Vector Tiles service, you should first get a developer API key. Sign in at https://mapzen.com/developers to create and manage your API keys, it’ll only take a minute (or two).

Complete documentation for the Mapzen Vector Tiles service is available from: https://mapzen.com/documentation/vector-tiles/

We also have a Gitter chat room: join the conversation.

Curious how Tilezen works or want to help out? The contributing docs are worth a read.

Going forward we will adhere to semantic versioning (semver) and have added documentation detailing the promises the open source Tilezen project makes about major, minor, and patch versions and data model changes.

Of special note in the v1.0 release, the draw order of map features should now be keyed off sort_rank (was sort_key), language codes are normalized to 2-chars ISO langues, and city place labels (now locality) and state boundaries lines (now region) will break unless care is taken to update map stylesheets.

Additionally, developers who used to parse buildings tiles for urban modeling at zoom 13 will no longer get back full data (use zoom 16 instead).

Getting to final v1.0 tiles we’ve broken a few things:

Check out the full story in the v1.0.0 changelog for new features and even more breaking changes.

Like any good drama, the Mapzen Vector Tile service has evolved over the season, with more than a dozen plot twists since v0.1 that we’ve listed below. Here’s to v1.0 and the upcoming season!

Have any feedback on the vector tiles? Please direct feedback to Nathaniel Vaughn Kelso, our Chief Cartographer, at hello@mapzen.com!

12 October 2016
The Next Chapter of Search Tron 2.0 - Creating a Visual Language of Scale