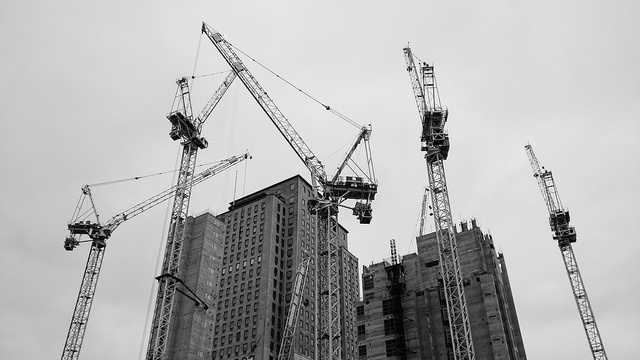 Recently, we’ve been working with two datasets, Mesoshapes, which we’ve previewed before, and Statoids, the premier encyclopedia of administrative subdivisions.

We are happy to announce a partnership with Statoids to allow their data to be included in Who’s On First and Mapzen Places under generous CC-BY terms. Both these datasets have been merged with existing (and new) Who’s On First records and provide nearly complete global coverage at the region and county placetypes and bring in additional properties like population values and localized placetype names. Please have a read and explore our new additions!

We previously wrote about our work of increasing county coverage in the Who’s On First gazetteer. This work involved importing new, more detailed geometries for secondary administrative divisions around the globe, as well as importing more place-specific properties for each record. We have since wrapped up the Mesoshapes work and are proud to now maintain just over 46,500 county records in Who’s On First!

This isn’t all we’ve done; we were also able to update records for primary divisions in each country (region records), too. We verified and increased the accuracy of region records in Who’s On First for each of the 110+ countries delivered by Mesoshapes, adding them to the county records already in Who’s On First!

Recently, we’ve joined this work with a new dataset, Statoids, to substantially enhance our records with many new properties that we would like to outline below.

Statoids is an online database that organizes the primary and secondary administrative divisions for all countries, dependencies, and disputed areas of the world. These divisions have unique identifiers, which we call the hasc:id (you can read more about HASC, here). The Mesoshapes import included many hasc:id values; by linking the HASC concordance values, we imported this encyclopedia of geographic data into Who’s On First.

We’ve long admired Statoids for its global coverage and attention to detail. For over 15 years Gwillim Law was the force behind the printed version of Statoids followed by copious updates on Statoids.com. We were saddened to hear of Gwillim’s passing August 31, 2016.

In talking to Gwillim’s daughter Shirley over the last year we came up with a way to memorialize his work: We are happy to announce a partnership with Statoids to allow their data to be included in Who’s On First under generous CC-BY terms. We hope Gwillim’s work finds an even larger audience, and together we can continue the work he started. The full terms are in our sources repo.

The Statoids database has plenty of useful data that Who’s On First was able to harvest. This data comes in the form of data tables, separated by parent country and administrative division; take a look at the Statoids page for secondary divisions in Norway, for an example. After crafting various Python scripts to handle the Statoids data tables, we were able to bring in a variety of new properties and concordances to Who’s On First. Below is a list of harvested data we were able to pull into Who’s On First from Statoids:

We can store each property as a top-level statoids: property (see our whosonfirst-property repository for detailed information on each statoids:* property), harvest new name:* properties, link capital cities to their parent(s), link timezone records to the administrative division, and build population and population-related properties from the official population counts in Statoids.

Below you can see HASC codes and populations for Panama, Yemen, and the Central African Republic, showing the HASC code and population for both region and county, along with the localized name for the county. Color intensity is relative to the region and county population data. Note that we’re filtering and revealing data and labels at different zoom levels – zoom in to explore, and open full-screen for variable zoom!

Open full-screen and check out the scene file in Tangram Play to see how we built it. We aggregated this data using the Who’s On First Descender.

Let’s take a look at the Who’s On First record for Queensland, Australia. Queensland gained both top-level statoids:* properties, as well as wof:*, src:*, and concordance properties.

Here are the new Statoids properties and how they apply to Queensland:

A few examples, by placetype

Some primary divisions that received new statoids:* properties and concordances:

This work is far from over. Follow-up issues to untangle recent administrative changes in all countries have been filed, and additional concordance work will be done to improve our records with more top-level properties, more names, more detailed geometries and alt-geometries, and add even more concordances. We are working to import more properties from GeoNames, Wikidata, and Natural Earth. Stay tuned for more!

If you would like to contribute, file a new issue in the whosonfirst-data repository or drop us a line!